The BRC Power Optimizer solves the problem of shaded photovoltaic systems quickly, conveniently and easily with the help of our new technology.

The Power Optimizer offers tradesmen maximum flexibility, as it only needs to be connected to shaded modules and the planning effort for a photovoltaic system is reduced.

Connect, done. Our Power Optimizer is not only the easiest to install, but also immediately active when connected to the module.

Our Power Optimizer has long-life electronics due to the new GaN technology, which is particularly gentle to the electronics and thus enables an above-average service life.

Our stand-by function, which enables our optimizers to switch off when there is sufficient sunlight, minimizes energy loss and also protects the electronics.

Installation is carried out without any special tools, software, training, apps, etc.

Costs are minimized for craftsmen and end users. Craftsmen can design and build a system without high planning costs, as shading is no longer an issue. End users can achieve maximum energy yield.

Since our Power Optimizer is inverter-independent, it can always be used on any shaded installation flexibly without being limited to a specific system.

Due to our long-life electronics, we grant a 25-year warranty. 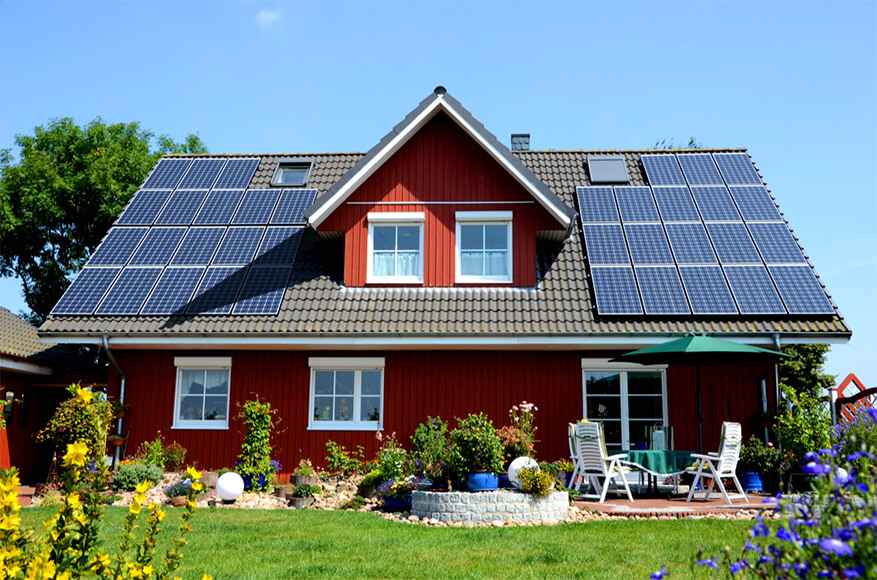 With the BRC Power Optimizer, the roof area can be used optimally. With our product, shading is no longer an issue. PV modules can also be installed on shaded roof surfaces with the help of our Power Optimizer.

With our innovative solutions, we offer an important building block for the photovoltaic industry worldwide.

If shading affects a solar module, all other modules will supply less power. The weak module reduces the power of all the others. Modern systems can prevent this by “switching off” the module. This causes a lot of energy to be lost and creates hot spots that can damage the photovoltaic system.

The BRC Power Optimizer allows the harvest of remaining energy of the weak module without weakening the performance of the other modules. This is enabled by our technology, which can change the relationship between current and voltage. We maximize the energy yield and prevent hot spots.

Modern systems have the option of disconnecting the partially shaded module from the power circuit so that the other modules are not weakened. However, this creates the problem of hot spots, which can damage or destroy the modules.

With the help of the BRC Power Optimizer, hot spots are eliminated and, in addition, the remaining energy of the partially shaded module is harvested despite shading, allowing us to harness the maximum energy yield of the system.

Looking at the electrotechnical situation at optimal lighting conditions, it can be seen that one module in the example can produce 400W. There is a voltage of 40V at each module and a current of 10A in the entire system.

However, if shading affects the module, the power drops accordingly. In our example (see below), the shading is 50%, so the current drops to 5A. As the current decreases, the power also decreases:

Because all modules are connected in series in a string, the current at all modules is now only 5A. The reason for this is the behaviour of the current in a series connection:

The formula shows that the electrical current is the same at every point in the circuit, i.e. the current is determined by the weakest module. In this case, Itotal is therefore 5A.

Modern inverters can circumvent this problem by activating the bypass diodes inside the modules. These bypass diodes disconnect the problematic module from the string by acting as a “bypass” for the current. The current of the string is then conducted via the diode itself and not via the module. However, the problem arises here that the uncoupled module continues to produce current. Since the energy can no longer be fed into the system, it is released in heat and causes so-called hot spots. These hot spots can damage or even destroy the module.

Using the BRC Power Optimizer prevents all these problems.

The Power Optimizer is connected in parallel to the module. In case of shading, it is automatically activated by the inverter. Our technology makes it possible to change the relationship between voltage and current at the module. The voltage is summed up in a series connection, but the current is the same everywhere. Since we have a deficit in current in the example, the electrical current of all other modules in the string is attenuated. To prevent this, the interconnected BRC Power Optimizer converts modules voltage and current into a different voltage and current based on the inverters demanded string current.

In the example, it would make 5A and 40V ⟶ 10A and 20V. The result is that the total current everywhere in the string is now 10A again and each module can provide 10A. Although the voltage at the partially shaded module has become lower, this does not affect the voltage of the other modules.

The energy yield is maximized. The problem of hot spots is also solved, as all the energy flows into the system with the help of our Power Optimizer and is not lost in heat energy.

Compatible with all common inverters

Our Power Optimizer has been successfully tested for compatibility with all common inverters. We will continue to carry out tests in order to be able to permanently assure inverter independence.